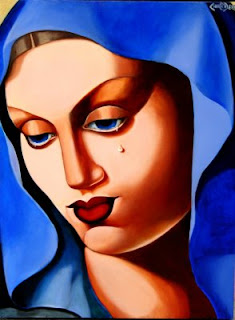 Posted by Unknown at 7:39 AM No comments:

SHOOT IT, SHOOT THE CURL!! 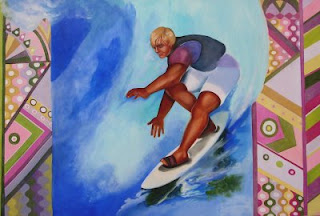 Now, one doesn't have to actually surf to enjoy the sport!! My 60" x 48" oil painting featured above is of one of my heroes, Laird Hamilton, the BITCHENIST big wave surfer ever!! I enjoyed the vicarious thrill of painting this painting and I share with you the eternal thrill of this moment, captured and frozen in time.....

I DEDICATE this blog entry , with beautiful memories, to my beloved mother MOLLY BENDER who recently gave me the book "Gidget" before she passed away this Sunday, September 7th, 2008. May she rest in GLORIOUS PEACE with My Father MICHAEL BENDER, GOD, and the ANGELIC HOST.

Visit My Website
Posted by Unknown at 10:14 AM No comments: